News about ACbilliards.. what we are doing, where we have been or are now, what is on sale.

Illustration from Michael Phelan’s 1859 book, The Game of Billiards

“Slide” refers to a cue ball that is sliding across the cloth with no follow or draw spin. [this should not be news to you.] To illustrate this principle, if a ball was marked with a single red dot on it which faced the ceiling at the time the cue ball was struck, an observer would see the cue ball traveling with that red dot remaining fixed at the top of the ball, because the bottom of the ball is sliding over the cloth. 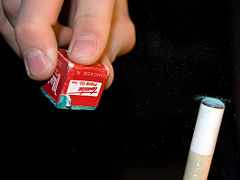 Billiard chalk is applied to the tip of the cue.

Bank pool is a pool (pocket billiards) game that has as its most fundamental requirement that all scoring shots in the game must be made by banking a called ball off a cushion and into a called pocket. [again, this should not be news to you.] While the game has multiple variations, the predominant version through much of its history was played with a full fifteen-ball rack, of which the winning player was required to legally pocket eight balls. A shortened version of the game using nine balls of which the players must legally pocket five for the win, often called “nine-ball banks,” gained popularity in the 1990s and 2000s and is the subject of international professional competition and televised matches