They come from the basement of a poolroom in Stoughton, Wisconsin to the modern, state-of-the-art facility in Middleton, Wisconsin—Viking Cues have come a long way over the past 50 years; yet much has stayed the same.Viking Cues still make 100% of their flagship Viking brand right in their Wisconsin home—and they’re still dedicated to making the finest cues in the world. Their unrelenting commitment to the craftsmanship results in the quality you can see and feel in our cues. Additionally, when they say custom, they mean custom. Many standard options come to you at no extra charge. They’ve always believed in the idea that pool cues should be as unique as the individuals who use them!

The Walhalla temple above the Danube near Regensburg, Germany.

The concept of Valhalla continues to have influence in modern popular culture. Examples include the Walhalla temple built by Leo von Klenze for Ludwig I of Bavaria between 1830–1847 near Regensburg, Germany, and the Tresco Abbey Gardens Valhalla museum built by August Smith around 1830 to house ship figureheads from shipwrecks that occurred at the Isles of Scilly, England, where the museum is located.[27] 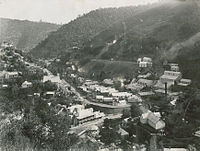